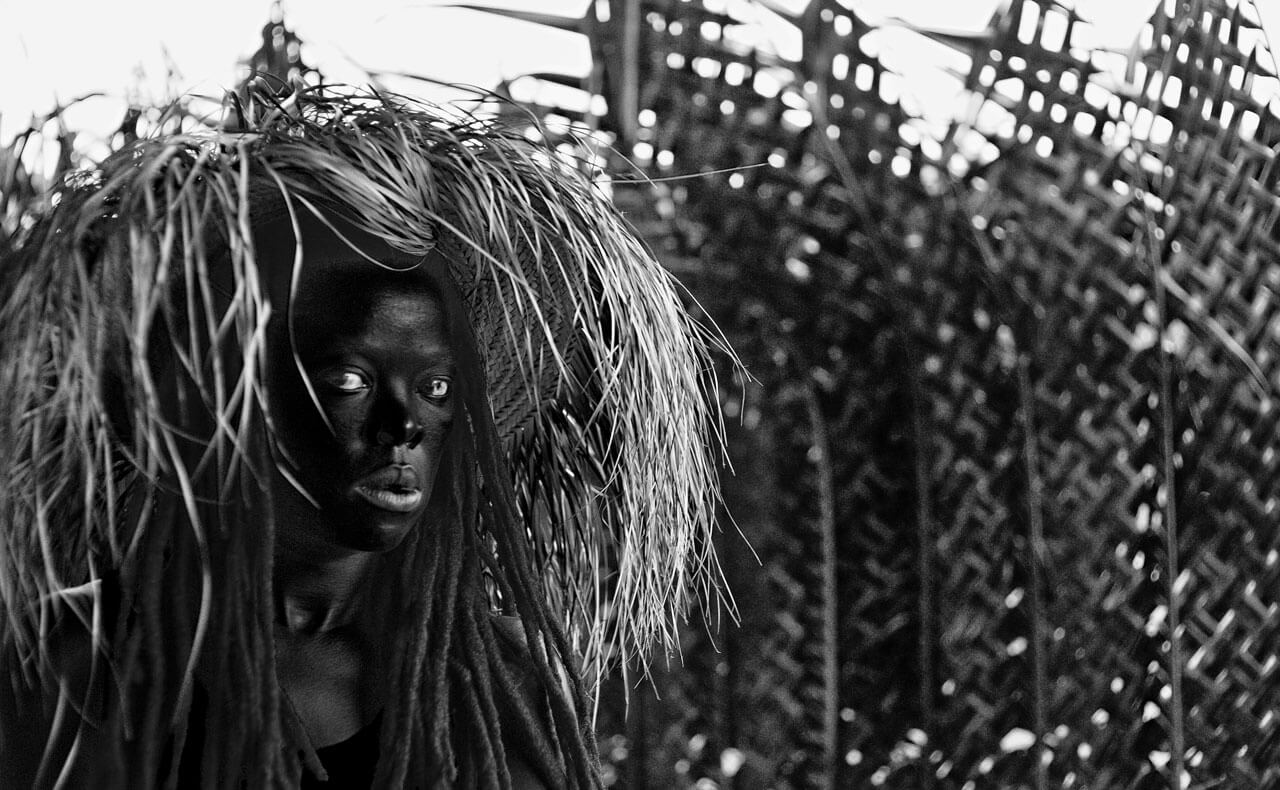 In contrast to her life-long project of documenting members of the black LGBTI community of South Africa, for this body of work Muholi turns the camera on herself.

As she presents black and white self-portraits taken while travelling in South Africa, America and Europe, Somnyama Ngonyama (meaning 'Hail, the Dark Lioness') confronts the politics of race and pigment in the photographic archive, while commenting on specific events in South Africa's political history, such as the Marikana massacre.

The series references black and white portraiture and fashion photography, with Muholi dressed in different outfits as she takes on various personas.

She writes: "Experimenting with different characters and archetypes, I have portrayed myself in highly stylised fashion using the performative and expressive language of theatre. The black face and its details become the focal point, forcing the viewer to question their desire to gaze at images of my black figure. By exaggerating the darkness of my skin tone, I'm reclaiming my blackness, which I feel is continuously performed by the privileged other." 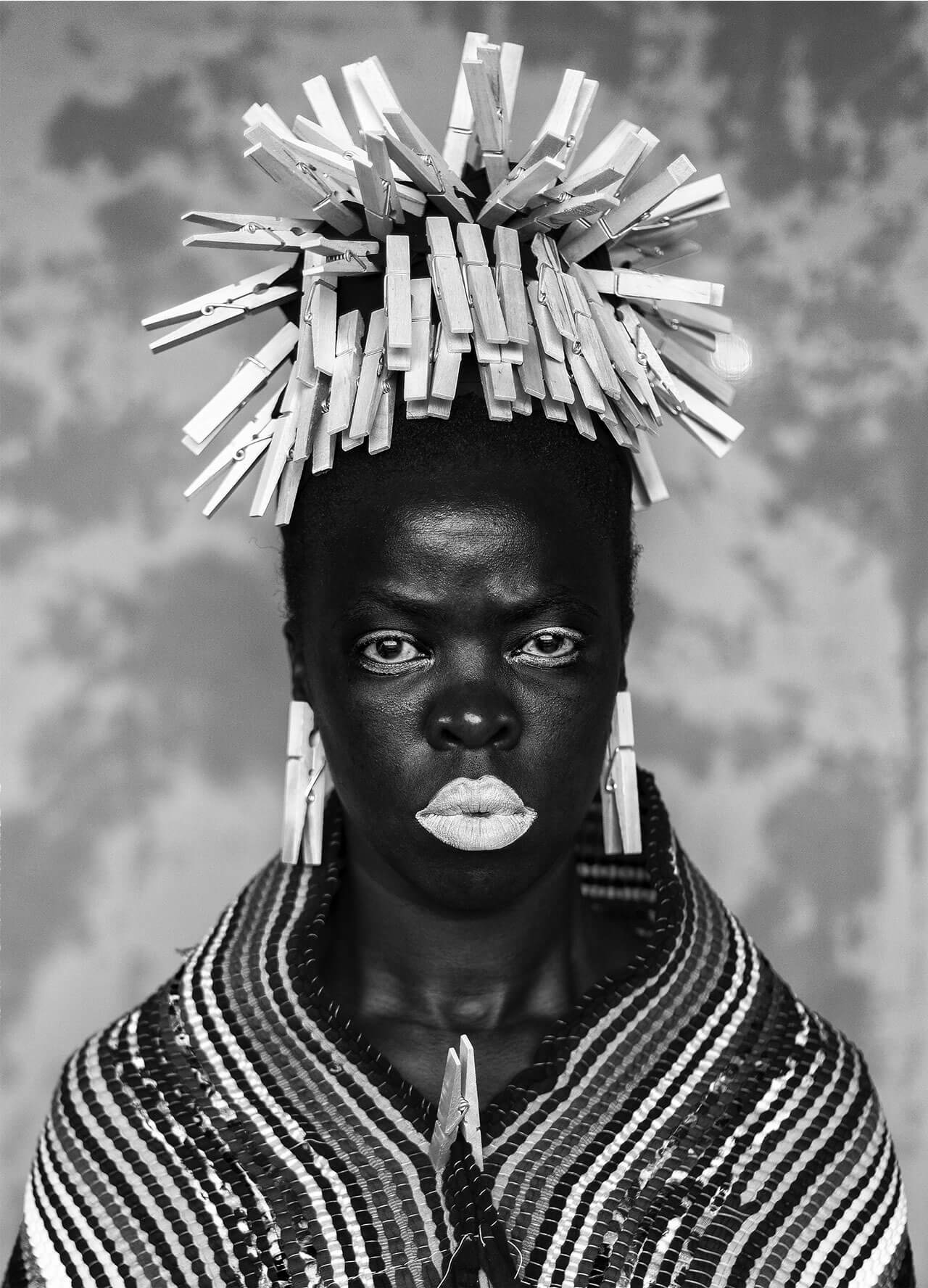 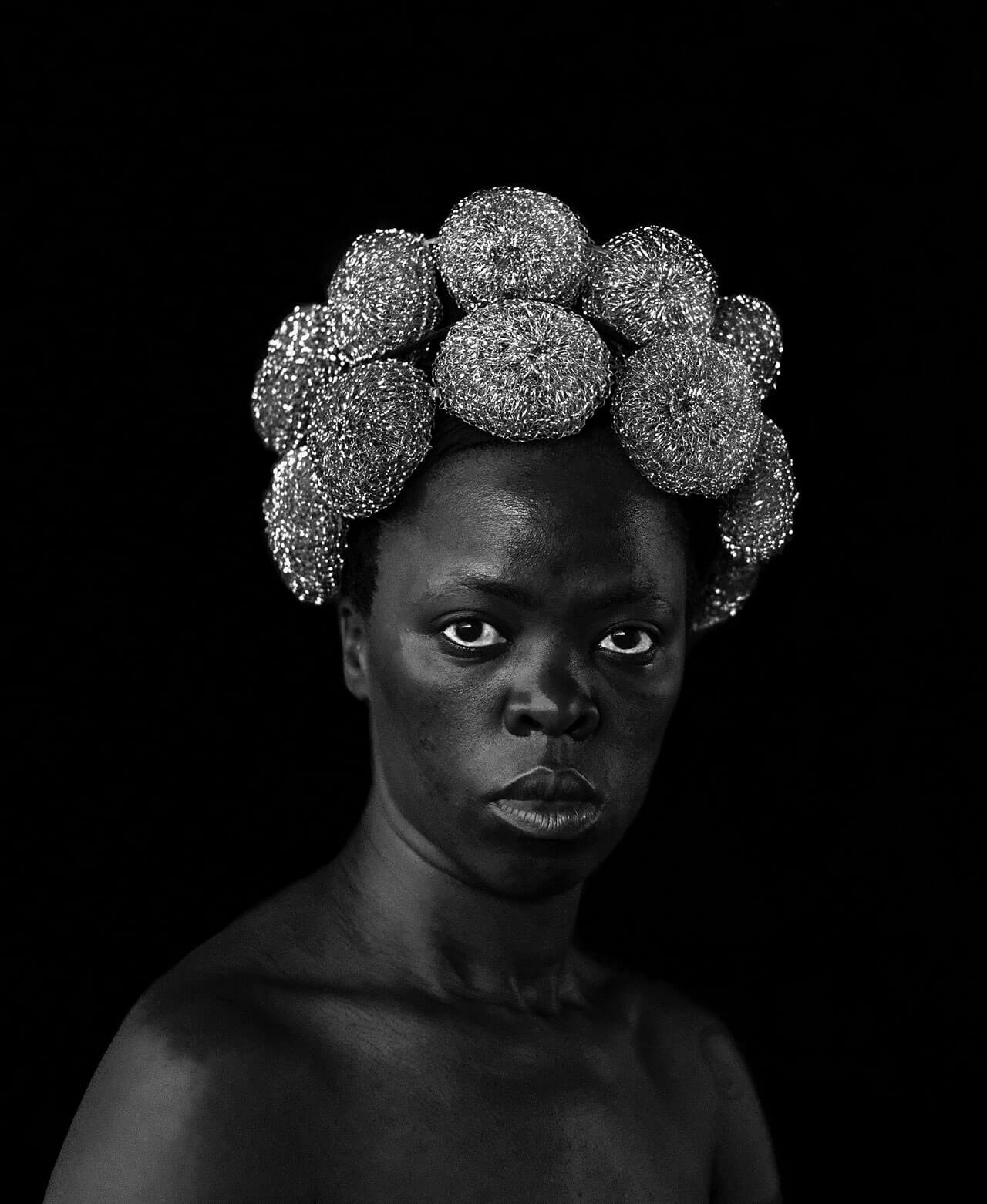 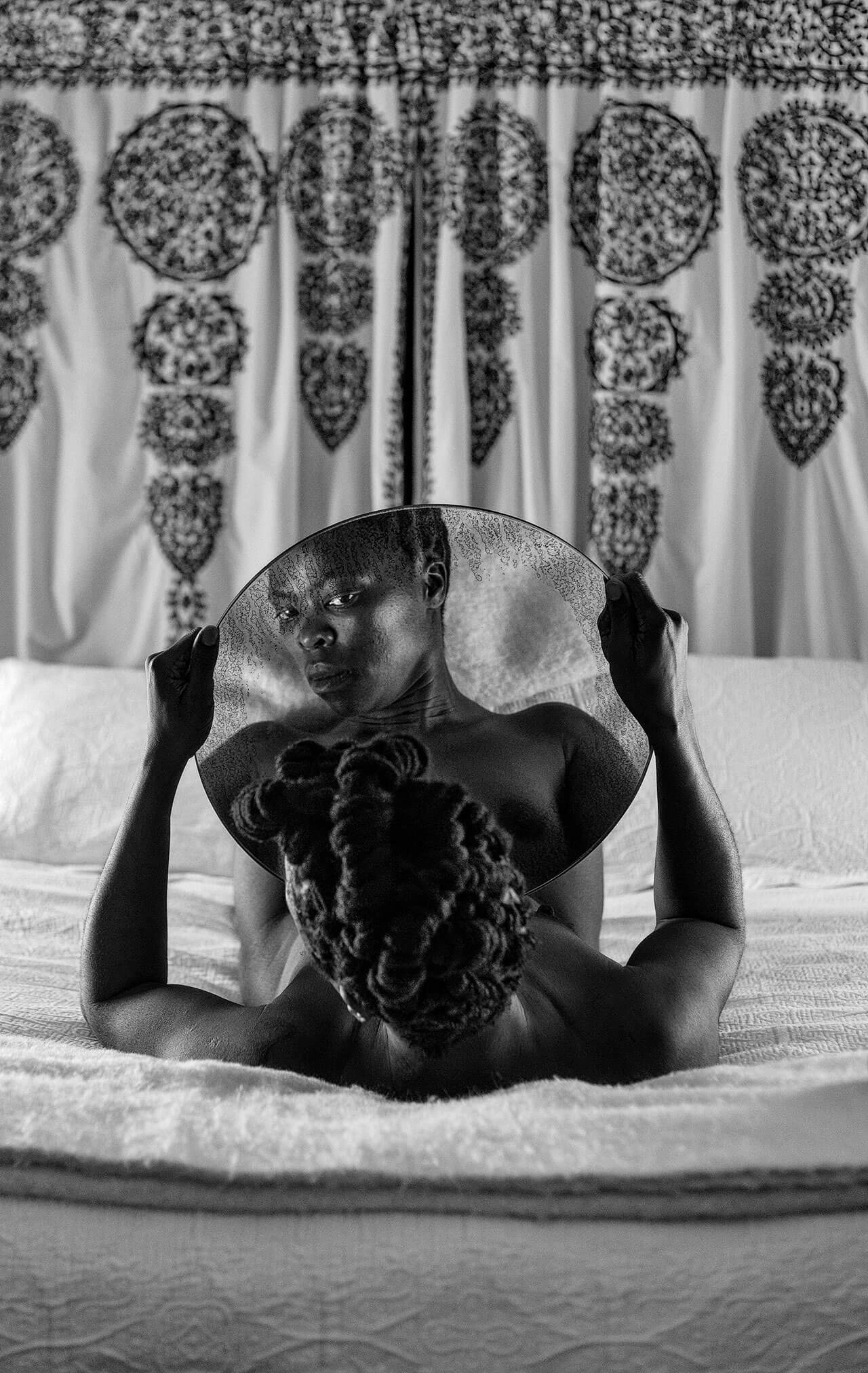 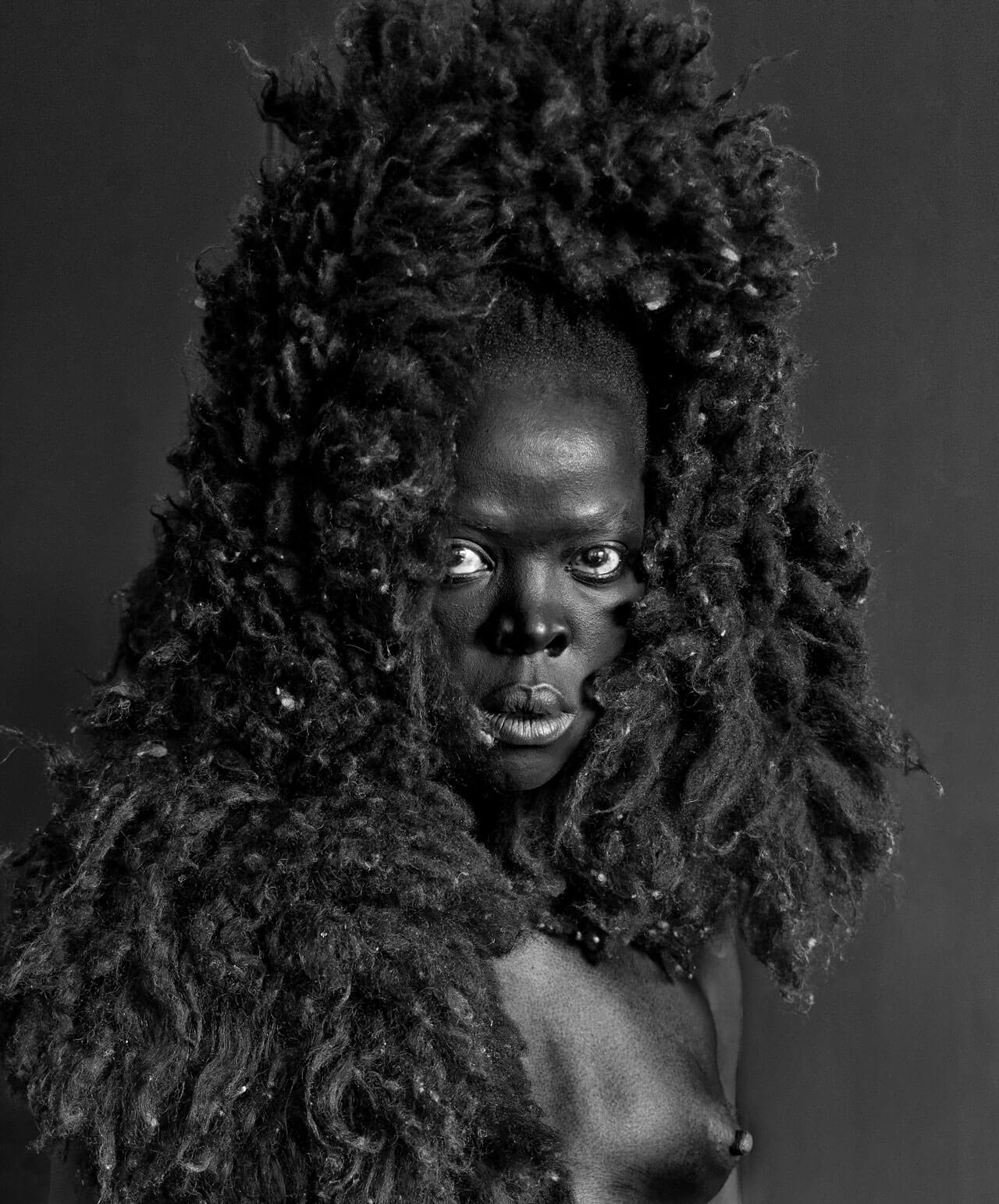 Muholi is a visual activist. She was born in 1972 in Umlazi, Durban, and lives in Johannesburg. She co-founded the Forum for Empowerment of Women (FEW) in 2002, and in 2009 founded Inkanyiso.org, a forum for queer and visual (activist) media.

Muholi’s self-proclaimed mission is ‘to re-write a black queer and trans visual history of South Africa for the world to know of our resistance and existence at the height of hate crimes in SA and beyond’. Muholi studied Advanced Photography at the Market Photo Workshop in Newtown, Johannesburg, and in 2009 completed an MFA: Documentary Media at Ryerson University, Toronto. She is an Honorary Professor at the University of the Arts/Hochschule für Künste Bremen.

Muholi has won numerous awards including the ICP Infinity Award for Documentary and Photojournalism (2016); Africa'Sout! Courage and Creativity Award (2016); the Outstanding International Alumni Award from Ryerson University (2016); the Fine Prize for an emerging artist at the 2013 Carnegie International; a Prince Claus Award (2013); the Index on Censorship - Freedom of Expression art award (2013); and the Casa Africa award for best female photographer and a Fondation Blachère award at Les Rencontres de Bamako biennial of African photography (2009).

She has exhibited her work worldwide in the most important museums of the world.